Xmas Gifts that I did not get...

These are the things that I did not get for Christmas:
Posted by WXTK FM No comments:

A twitter-er reported the recent CO crash from on-board:

"Thanks for all the well wishes everyone. Sorry for the radio silence, but my battery died in the middle of all this and I just made it home 2:22 AM Dec 21st from twitterrific

"You have your wits scared out of you, drag your butt out of a flaming ball of wreckage and you can't even get a vodka-tonic. Boo 11:22 PM Dec 20th

"Continental keeping us locked up at the presidents club until they can sort everything out. Won't even serve us drinks. :( 11:21 PM Dec 20th

As duck is my co-pilot: Trucking Duck

"The Harwich Fire Department will provide a ride for Santa on one of their fire trucks." - Harwich Oracle 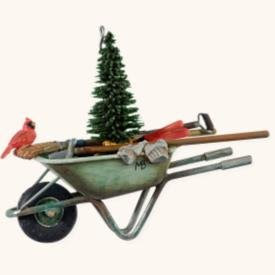 My favorite commercial this season so far is Garmin, based on "Carol of the Bells".

Tip of the day: You can use Google Alerts from RSS now instead of getting them in your email.
Posted by WXTK FM No comments:

This is an interesting marketing campaing from KaBOOM! and Stonyfield Farms: By collecting yogurt lids, the winning organization gets a grant.
Posted by WXTK FM 1 comment:

"The kind of feeling you get behind the wheel of the Pelosi GTxi SS/Rt Sport Edition from Congressional Motors."
Posted by WXTK FM No comments:

I found this Gmail gadget for TwitterTwitterGadget: Auto-refreshing Twitter client: "TwitterGadget is a clean, robust, web 2.0 style client for Twitter.com, designed to eliminate the need to install third-party applications to monitor and submit status updates to Twitter via your iGoogle homepage."
Posted by WXTK FM No comments:

Word of the day: scrubologist

QOTD: "Treat your password like your toothbrush. Don't let anybody else use it, and get a new one every six months." -Clifford Stoll
Posted by WXTK FM No comments:

Another Bloomin' Designer
Posted by WXTK FM No comments:

Putting some Coal in your stocking

The Coal industry has some coal for your stocking.
Posted by WXTK FM No comments:

Here's an interesting app: Mobilizy - Wikitude AR Travel Guide: "Users may walk through a city like Seville, Spain, holding the phone’s camera against a building and Wikitude tells what it is."
Posted by WXTK FM No comments:

Outlook - Delay the Sending of Your Emails

A few people have asked me recently about cancelling an e-mail message that they wished they had not sent.  Once the email is on the internet, it's out there for the recipient to see.
Microsoft Outlook gives false hope by including a "recall this message" option, but this only works in rare occaisions (<5%)
I use the "send every N minutes" feature in my email programs to avoid this problem (for 5 minutes anyway); it's also a good way to limit distraction by the constant barrage of of incoming e-mails.
Outlook - Delay the Sending of Your Emails from Amset.info
Does anyone know how to do this from an I-phone or blackberry?
PS: Don't forget to check your gutters in preparation for winter, a friend had 3" of water in theirs that would have damaged them over the winter.
Posted by WXTK FM No comments:

Welcome to December. Hopefully everyone is doing what they can for the economy on Cyber Monday.
It's also World Aids Day, please take a moment to remember friends who are afflicted and remind others that the battle is not over.
Posted by WXTK FM No comments:

The Holiday Blog @ Holidays on the Net